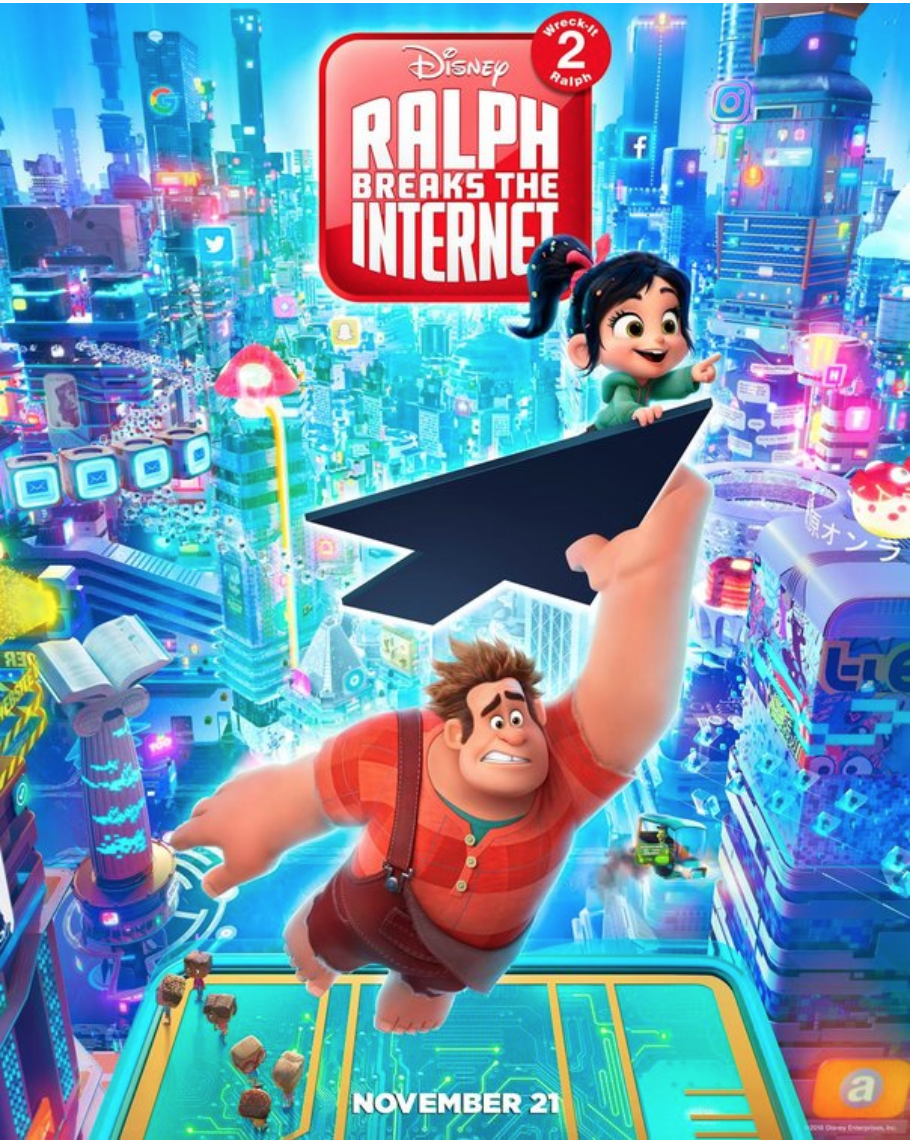 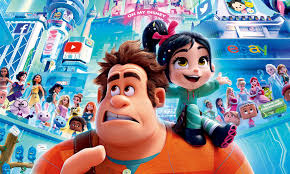 Ralph Breaks the Internet is the sequel to Wreck-It Ralph from 2012, which was a fun, original movie that utilized its unique concept of living inside a video game and had lots of clever video game references, but a solid story behind them. It’s about two arcade game characters, Ralph (John C. Reilly) and Vanellope (Sarah Silverman), who go into the Internet to retrieve a part to fix the racing game, Sugar Rush, which Vanellope is a character in.

Ralph Breaks the Internet is a worthy sequel to the first Wreck-It Ralph, and similarly to its predecessor, goes beyond just showing the characters exploring different parts of the Internet, which has potential to both be used very well and become worn-out quickly. Luckily, for the movie, it was the former. The Internet felt like it had a purpose in the story besides being there for product placement. It propels the characters into an eventually emotional story about friendship that doesn’t pander or beat you over the head with the lesson, but is just subtle enough for all ages to appreciate.

The movie is driven by the fantastic plot. It manages, somehow, to deliver both the entertaining renditions of various aspects of the Internet, but also a story focusing on the characters that lets them grow and develop while delivering an important lesson about friendship. You spend enough time with the characters to understand their relationship and this is what makes the final payoff so affecting and what makes it have so much heart. Both Ralph and Vanellope are voiced super well by John C. Reilly and Sarah Silverman, and Gal Gadot and Taraji P. Henson, who play supporting characters in different places on the Internet, are lots of fun to watch.

That being said, the way the Internet is used is so well that the product placement never feels blatant or like a cash grab, because it’s used in such a way that complements the story and characters without sacrificing any of its humor. It plays on various aspects of the Internet and lets you see what a given website would look like in a way that’s both comedic and exciting to see. There are lots of really clever jokes and parts of the Internet that are explored which I won’t ruin here, but are tons of fun. There’s also a very self-aware section with Disney princesses that was glimpsed in the trailer that riffs on all of their previous movies, and is one of the funniest parts of the movie. The movie looks great too! While Pixar still takes the cake for best-looking movies, the animation on Ralph Breaks the Internet is vivid and really impressive, especially in the design of the Internet.

Ralph Breaks the Internet is truly a movie that can be enjoyed by all ages: the more you use the Internet, the more hilarious references and parodies you can catch, and the message isn’t pandering nor is it too saccharine. You go to the movie to watch Ralph and Vanellope explore your favorite websites, but you stay for the touching story and message.