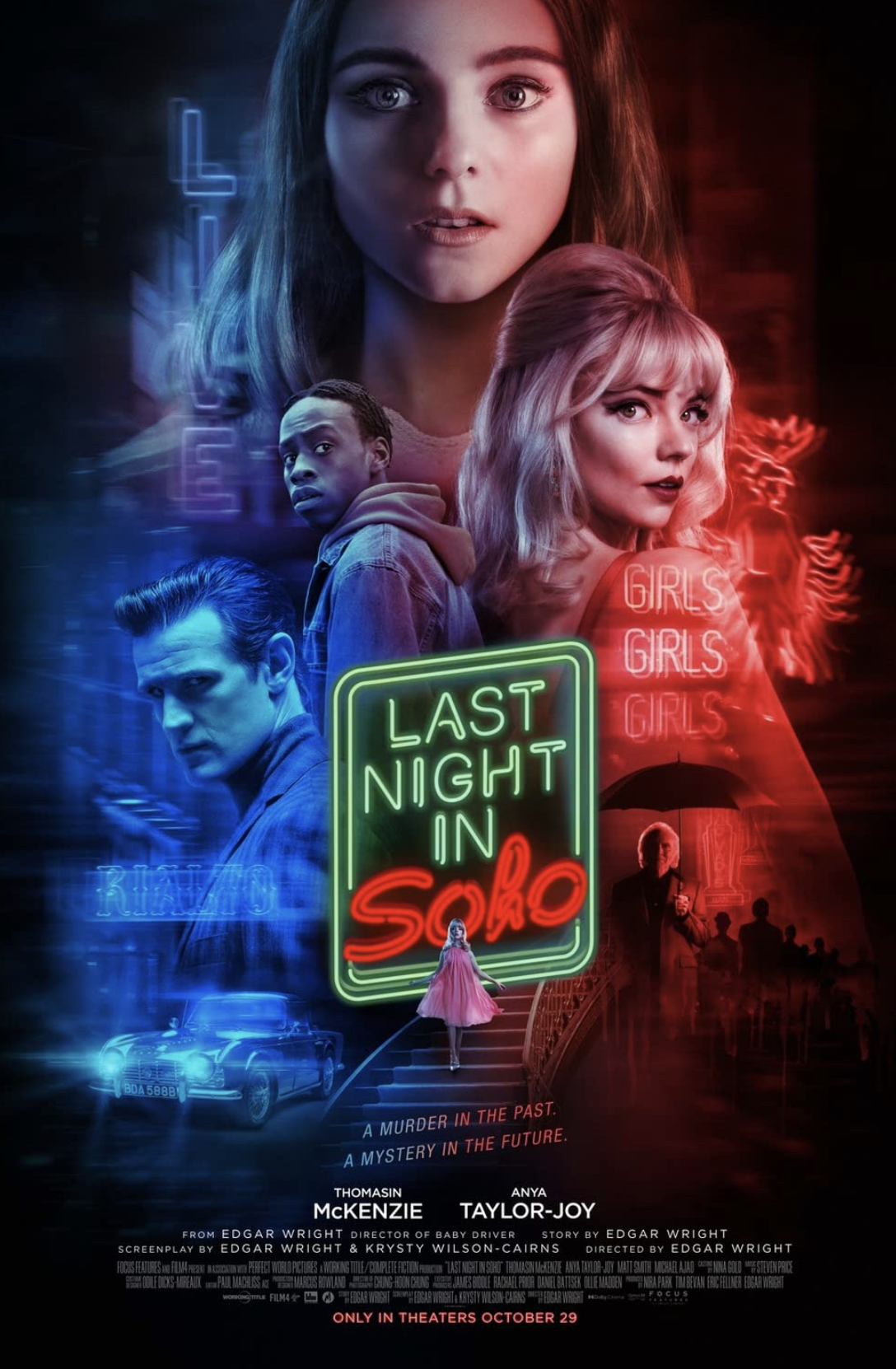 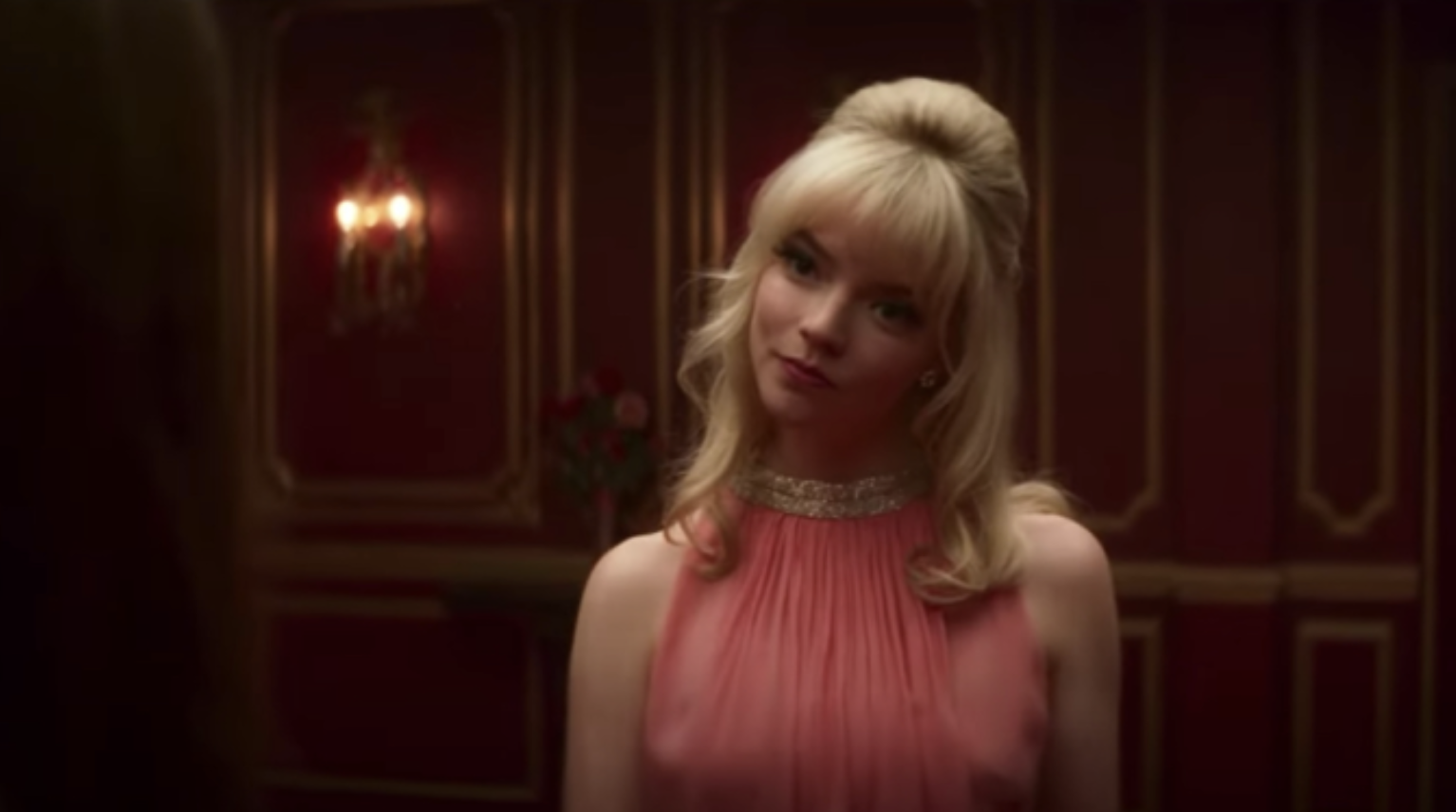 Last Night in Soho is written and directed by Edgar Wright and marks Wright’s first true foray into the horror genre; all of his past films have primarily been comedies that dipped their toes in genres ranging from action to sci-fi to zombie flick. The film, without giving away too much, follows Thomasin McKenzie as a fashion student in London beginning to experience visions of 1960s London involving Anya Taylor-Joy’s character that soon turn sinister.

For the most part, Last Night in Soho is as well-shot and visually inventive as any of Wright’s other films, but where it falters is in landing the horror aspect. The production and set design as well as costuming perfectly set up the grimy world of 60s London the film seeks to recreate, but Wright doesn’t quite do much with that table dressing. The best horror flicks, and especially the old Italian Giallo horror Wright was inspired by here, are built around an atmosphere that’s palpably missing here. The scares don’t start to take shape until around the midpoint of the film — by no means an issue, as plenty of effective horror movies are slow burns — but when they finally appear, the design feels hollow and surprisingly enough for one of the most consistently inventive contemporary directors, a little corny.

This isn’t to say that Last Night in Soho is entirely without its Edgar Wright charm. There are some late-in-the-game surprises that caught me off guard, and despite not fully sticking the landing, Wright and 1917 co-writer Krysty Wilson-Cairns’ screenplay has some clever, if not particularly profound ideas about nostalgia.

Ultimately, Last Night in Soho feels confused about its own identity. On one hand, Wright spends the first act effectively setting up a thriller-mystery bolstered by truly gorgeous production design and showstopping performances around the board from Anya Taylor-Joy, Thomasin McKensie, and Matt Smith, but as the film leans further into the horror aspects, it grows clearer that this is Wright’s first rodeo in some ways.