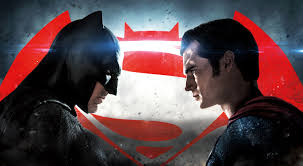 Overall, Batman v Superman: Dawn of Justice is a GREAT movie that is very dark and humorless, but has awesome action and special effects.