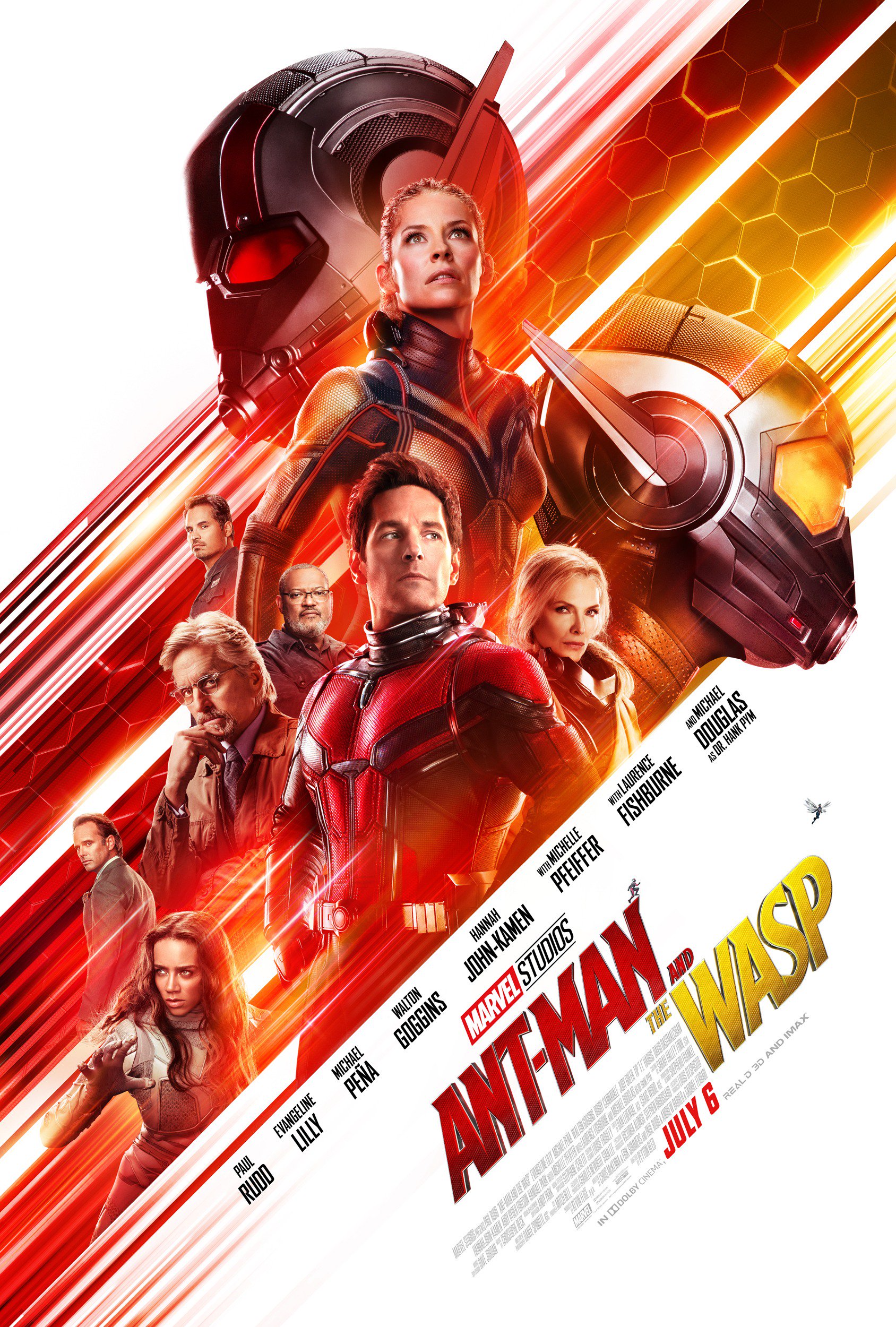 Ant-Man and the Wasp – Movie Review

The sequel to 2015’s Ant-Man, and again directed by Peyton Reed, Ant-Man and the Wasp follows Scott Lang (Paul Rudd), on house arrest after the events of Captain America: Civil War. Ant-Man and the Wasp is a pretty self-contained story, and introduces Evangeline Lilly, who reprises her role from the first movie, this time as Ant-Man’s partner, the Wasp. Also present are her father, Hank Pym (Michael Douglas), Scott’s daughter Cassie Lang (Abby Ryder Fortson), Luis (Michael Peña), and Michelle Pfeiffer as the original Wasp, Janet van Dyne.

Paul Rudd brings his all and definitely entertains as the charming Scott Lang, but the way the film portrays him a bumbling idiot underplays his supposedly smart, clever character. All the performances ranged from good to great, but the writing for the characters couldn’t do the acting justice. Evangeline Lily was solid as the Wasp and she gets plenty to do, but similar to most of the characters in this, never really grows at all.

The entire movie is spent in search of one plot device, and once that’s found, the plot turns really, really lazy and uses the generic science rules it establishes early one to resolve a major conflict (a more significant among the countless subplots, none fully explored) within moments. Personally, this left a bad taste in my mouth for the remainder of the movie.

Fortunately, the humor works yet again, and the jokes are more rapid-fire than in the first. This abundance of quips does mean that they’re less sharp and don’t hit as hard as in the original, but some sequences, especially with the yet-again hilarious Michael Peña, really did make me laugh. The supporting cast now includes Laurence Fishburne and Randall Park in minor roles, but while both get a few gags to work off of, the plot doesn’t serve either of them too well.

The action is entertaining enough and the visual effects work well yet again. The film utilizes its VFX to make the most of its premise, and the shrinking effects are a ton of fun. There are a lot of sequences, where, while the action might not stand out, the premise is utilized in creative ways to make it more fun, similar to the first.

The movie has two “villains” and the common argument used in defense of them is that they’re shown as “antagonists,” but they’re really played up to be mustache-twirling, MCU-mediocre villains and the movie doesn’t give them nearly enough to do. One is literally carrying the plot of the film around in a truck and the other gets a exposition dump and the audience is expected to be on board with her character from there. Neither get nearly enough depth or genuine plot work to make us care about them, and scenes with them on, if Paul Rudd’s signature charisma and humor weren’t there to keep them from sinking, are a slog to sit through.

Ant-Man and the Wasp, while admittedly, a very fun surface-level movie, offers little other than that exactly, and its forgettable writing makes it pale in comparison to its predecessor.