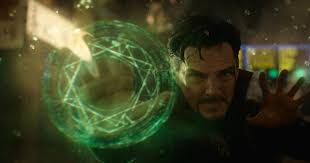 How are the acting and characters? 9/10                                                                   Doctor Strange boasts great performances from its entire cast, with Cumberbatch acting spectacularly as the title character. He captures the arrogance, but charisma of Strange perfectly. Strange has a great character arc, and it’s definitely fun seeing him be so humbled by the possibility of these amazing powers and worlds.  Also amazing in her role is Tilda Swanton as the Ancient One, and delivers an actually touching moment during the climax of the film, which you don’t always see in these kind of movies. Chiwitel Ejiofor is also awesome as cynical sorcerer Mordo, and Benedict Wong delivers both comic relief and, with Mordo, some serious butt-kicking. Sadly, Rachel McAdams doesn’t do much other than serve as a love interest for Strange and have a couple funny moments.

How is the action, special effects, and humor? 9/10                                            Doctor Strange has truly INSANE visuals, showing off the more magical and mystical element of the MCU, and a couple major set-pieces taking places in the Astral Realm, a place where your spirit is separated from your body, but I won’t give away too much. Let’s just say that this is worth the 3D, or even IMAX 3D ticket, and has jaw-dropping special effects, truly feeling like the $165 million blockbuster it is. Its action coasts off these effects, providing us with something different from the punch-happy fights of previous Marvel movies, but doesn’t go too far from the norm. This action is present throughout the movie, with the opening being one of these kinetic sequences. Finally, the movie has plentiful humor throughout, which always hits and never misses. And the comic relief isn’t just provided by a single character, with each character having their own moment.