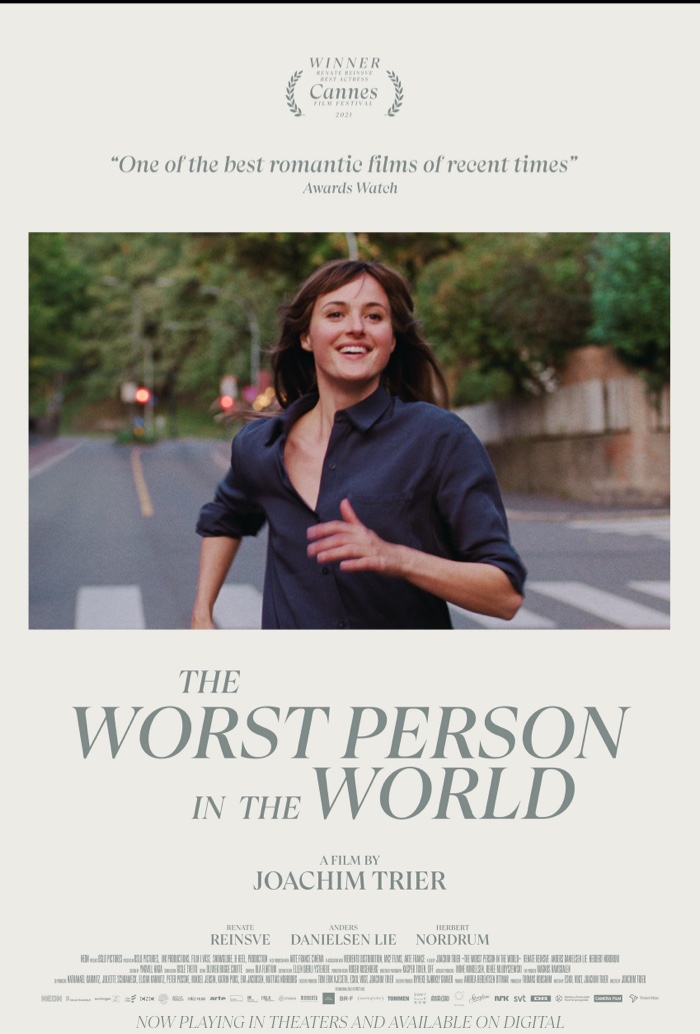 The Worst Person in the World – Movie Review Written and directed by Joachim Trier, The Worst Person in the World follows four years in the life of Julie (Renate Reinsve), a young woman living in Oslo, as she undergoes various relationship and career changes told through 12 chapters.

The heart and soul of The Worst Person in the World is the character Julie, and Renate Reinsve plays no small part in making the film as charming, likable, and emotionally hefty as it is. The screenplay weaves a complex portrait of her flaws and triumphs through the years, and Reinsve brings a lot of depth to the character, anchoring her many co-stars that comprise the various people she encounters over the years. Trier’s screenplay very carefully dissects Julie’s psyche and the mentality, or lack thereof, that her indecision represents by means of making sense of the world around her; while a lot of time is spent understanding Julie and her life, we also get well-rounded portrayals of those around her that allow her character to be morally flawed at times while remaining compelling.

However, this dedication to treating the subjects that surround Julie with as much narrative care is where the film falters near the end, as the film could’ve done with some more attention spent on Julie herself in a final act that features a very careful tone shift towards the melancholy. At the same time, Trier’s choice to position his protagonist as blurry in the narrative forgeround only further emphasizes the general theme of uncertainty in this film. The Worst Person in the World is a film about the various choices that can domino to make up the entirety of someone’s life, and just how arbitrary and difficult these choices can be. By pulling the attention away from his protagonist, he loses some of the charm, but gains some context that allows for a more challenging and ultimately rewarding watch.

Visually, the film is a blast, and Trier’s direction is at times understated and quiet, and others, totally rambunctious as he indulges in some visual flourishes that brought a smile to my face. His wide shots paint a portrait of Oslo as a compelling background for the uncertainty of Julie’s life, and over the course of The Worst Person in the World, it’s hard to look away.