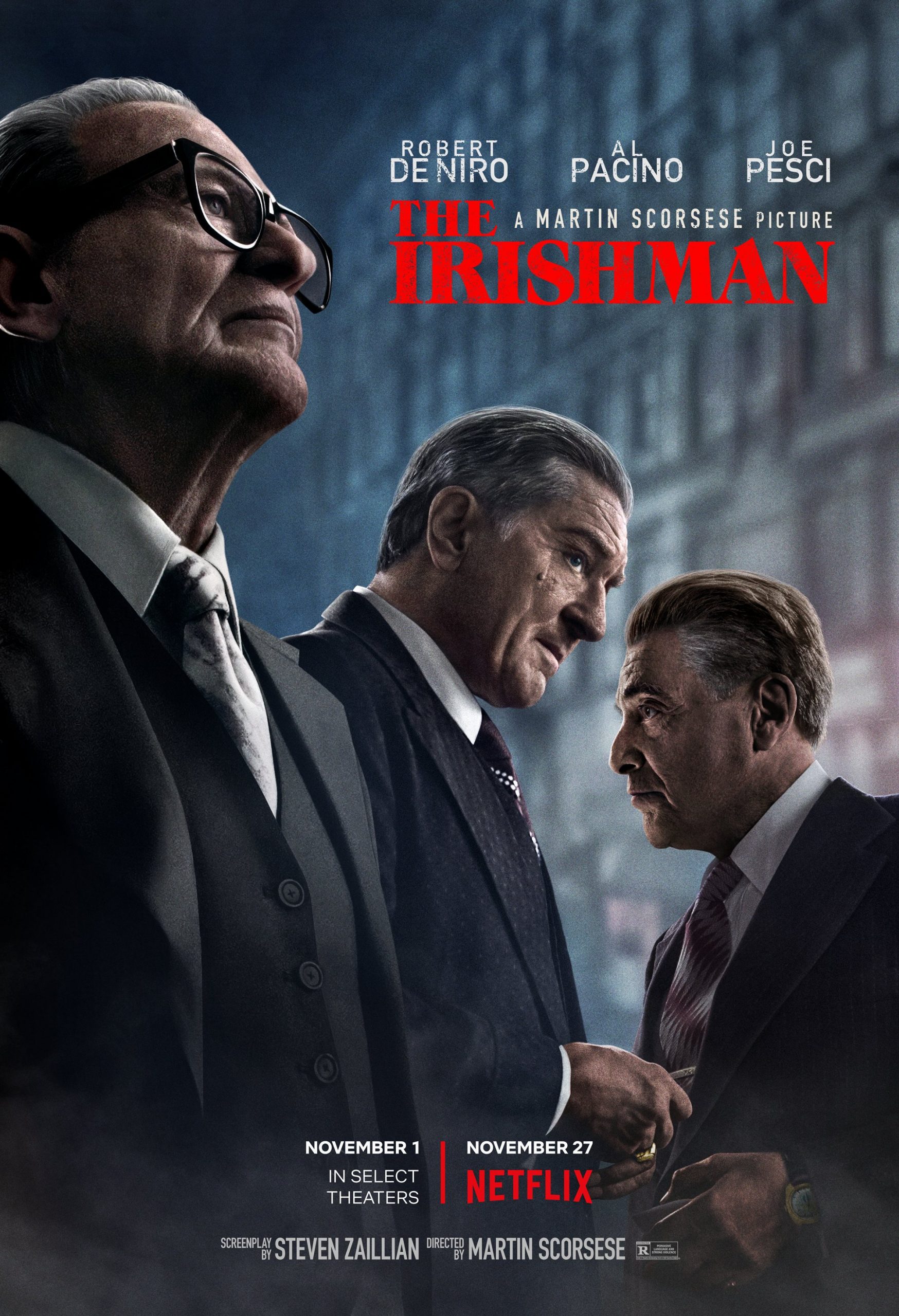 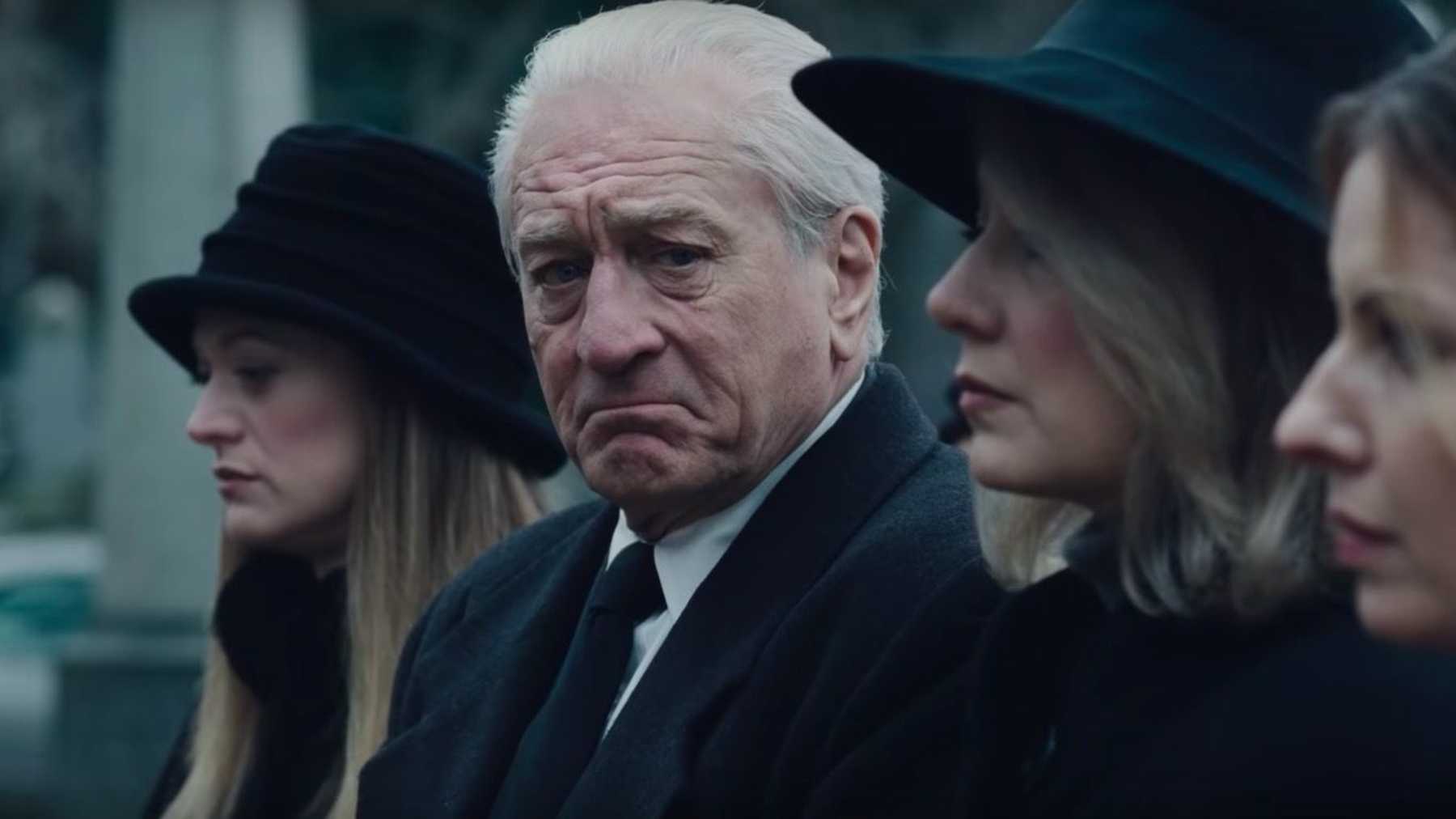 Directed by Martin Scorsese and released directly onto Netflix, The Irishman covers a multi-year, sprawling true story about real-life figures Frank Sheeran (Robert De Niro), Jimmy Hoffa (Al Pacino), and the Bufalino crime family (with Joe Pesci as Russell Bufalino), drawing attention for both its 3 and a half hour runtime and its extensive use of de-aging software on its veteran actors.

The Irishman is a melancholy, but endlessly fascinating journey through various stages of the life of Frank Sheeran, and while I was apprehensive about the runtime at first, the film moves through those three hours with grace. The three legendary actors at the center of The Irishman all deliver impactful performances, and the one that stood out the most for me was De Niro. His character was more emotionally restrained than that of Pacino’s, but nevertheless, the film largely tracks him and his life, and De Niro is wholly capable of carrying the load.

But despite the excellent performances, my favorite thing about The Irishman was just how accessible and immersive the story felt. Scorsese and screenwriter Steven Zaillian weaved together a very complex true story to be not only entertaining, but also thematically rich. The last act of the film was one of the best of the year, feeling earned and also a total emotional gut-punch.

Regarding the visual aspect of the film, its often dour, cloudy look fits well with the heavy themes of death and legacy it deals with. The de-aging effects are more inconsistent; they never fully took me out of it like Gemini Man (which used similar effects) did, but the effects were certainly noticeable in some scenes with 30-something De Niro. Finally, the runtime, while generally light on its feet, was felt a bit around the middle section, covering Sheeran’s days working for the Bufalino crime family, although the first and last act flew by.

Overall, despite a few minor gripes I have with the pacing and effects, The Irishman features some of the better performances of the year and an engaging story translated well to the screen.