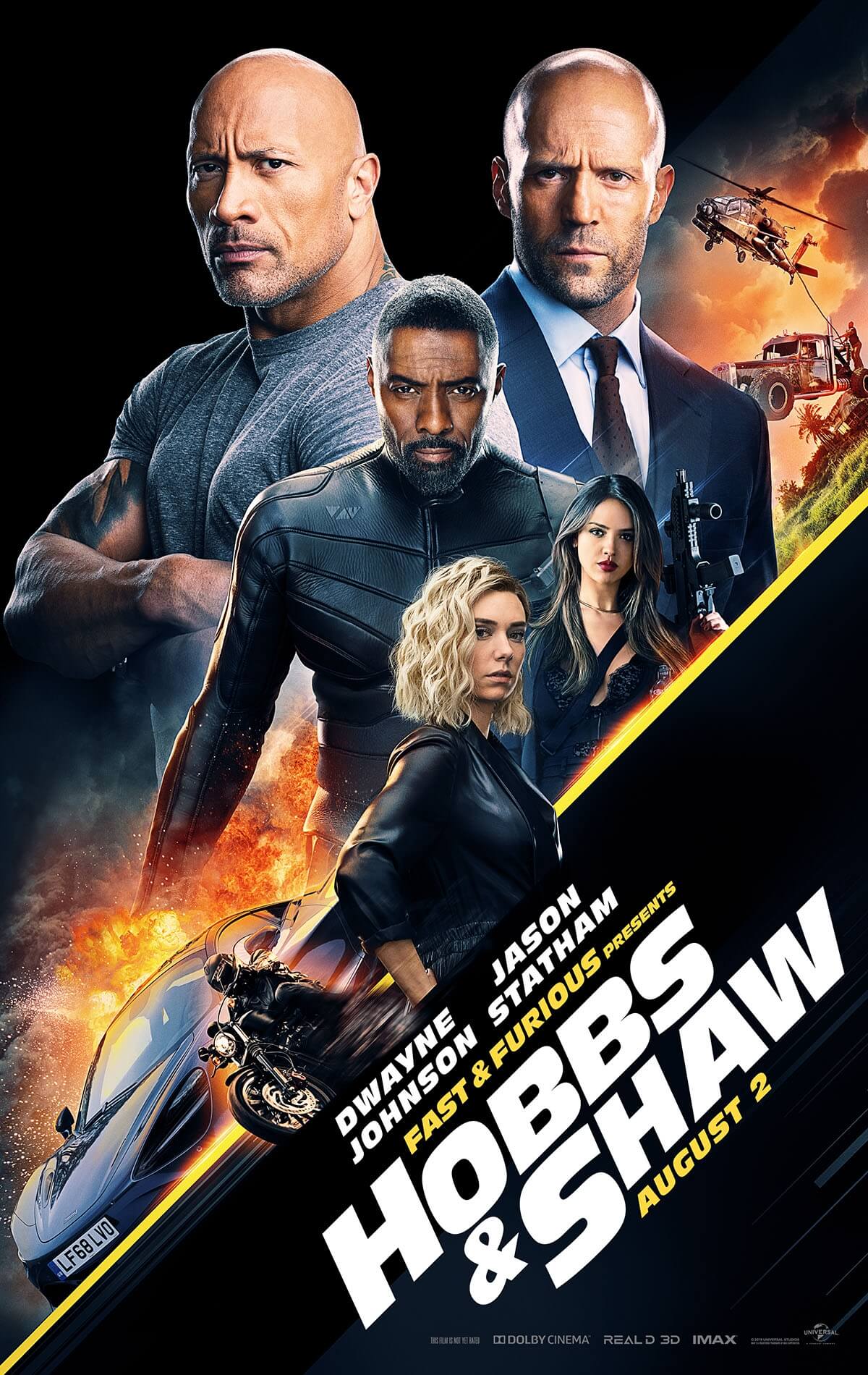 Hobbs and Shaw is directed by David Leitch, who directed John Wick, Atomic Blonde, and Deadpool 2, among others; say what you will about the overall quality of all of those, but what can’t be denied is that the action was very competent in all three. Hobbs and Shaw wasn’t as much fun as I wanted it to be, but a good time nonetheless.

Both the movie and the viewer know exactly what it’s going to be. Therefore, all of its shortcomings are exactly what you think they’re going to be – a weak, cliched villain; a thin plot line with generic motivations; cliched one liners and general story beats that accommodate the movie’s desire to include these one liners.

Like basically every big budget blockbuster, Hobbs and Shaw is too long. It could have ended about an hour earlier, and one major action sequence could have been missed, but even that final battle feels tacked on and like it goes on for too long. You’d think that something this self aware would show a little restraint on the runtime, but then again, a genuine line of dialogue is “genocide schmenocide,” so who am I to judge.

On the flipside though, we get action sequences made even better by the fact that David Leitch is around, fun cameos, super fun performances, and awesome chemistry between the leads.

Definitely not the worst way to spend two hours.