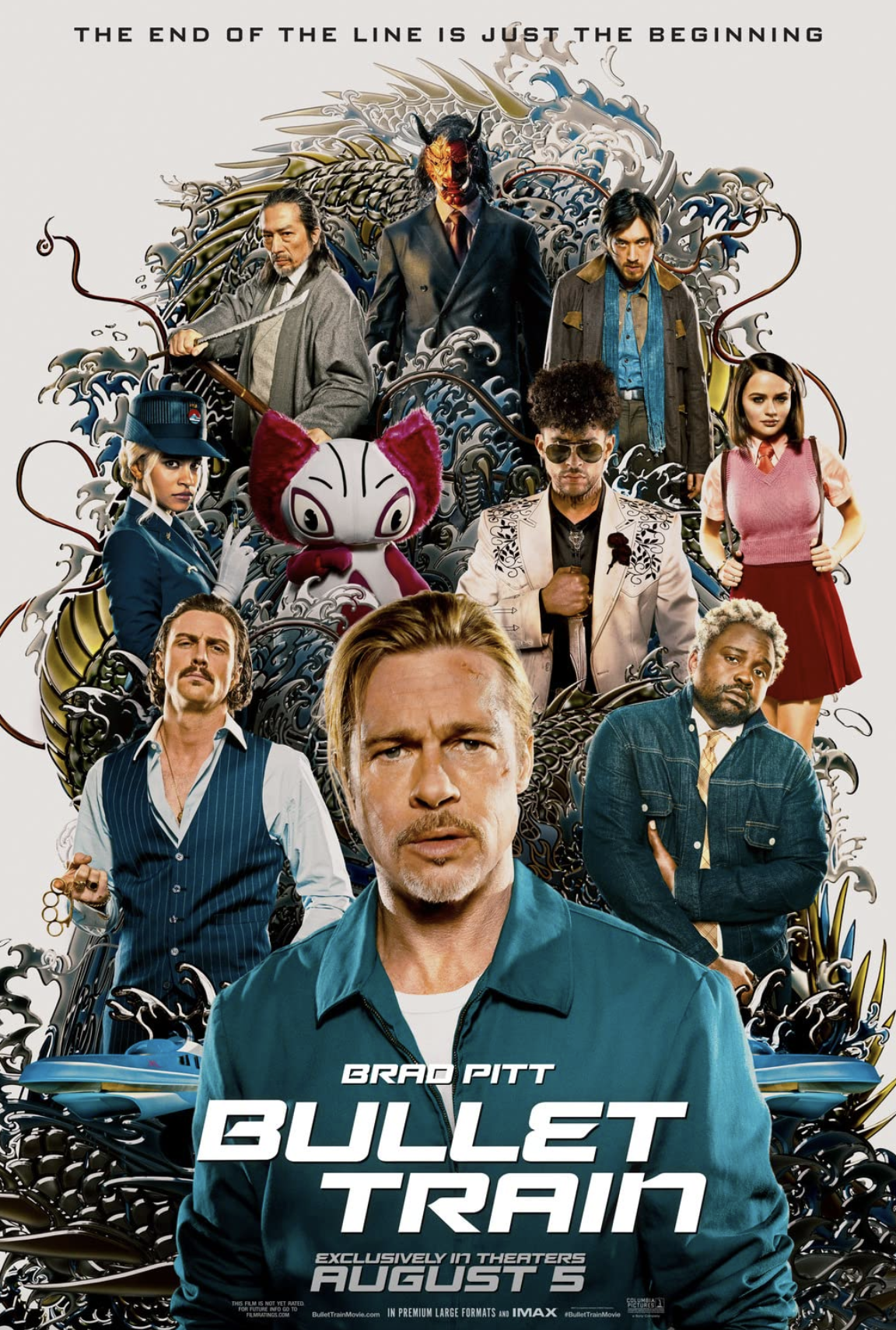 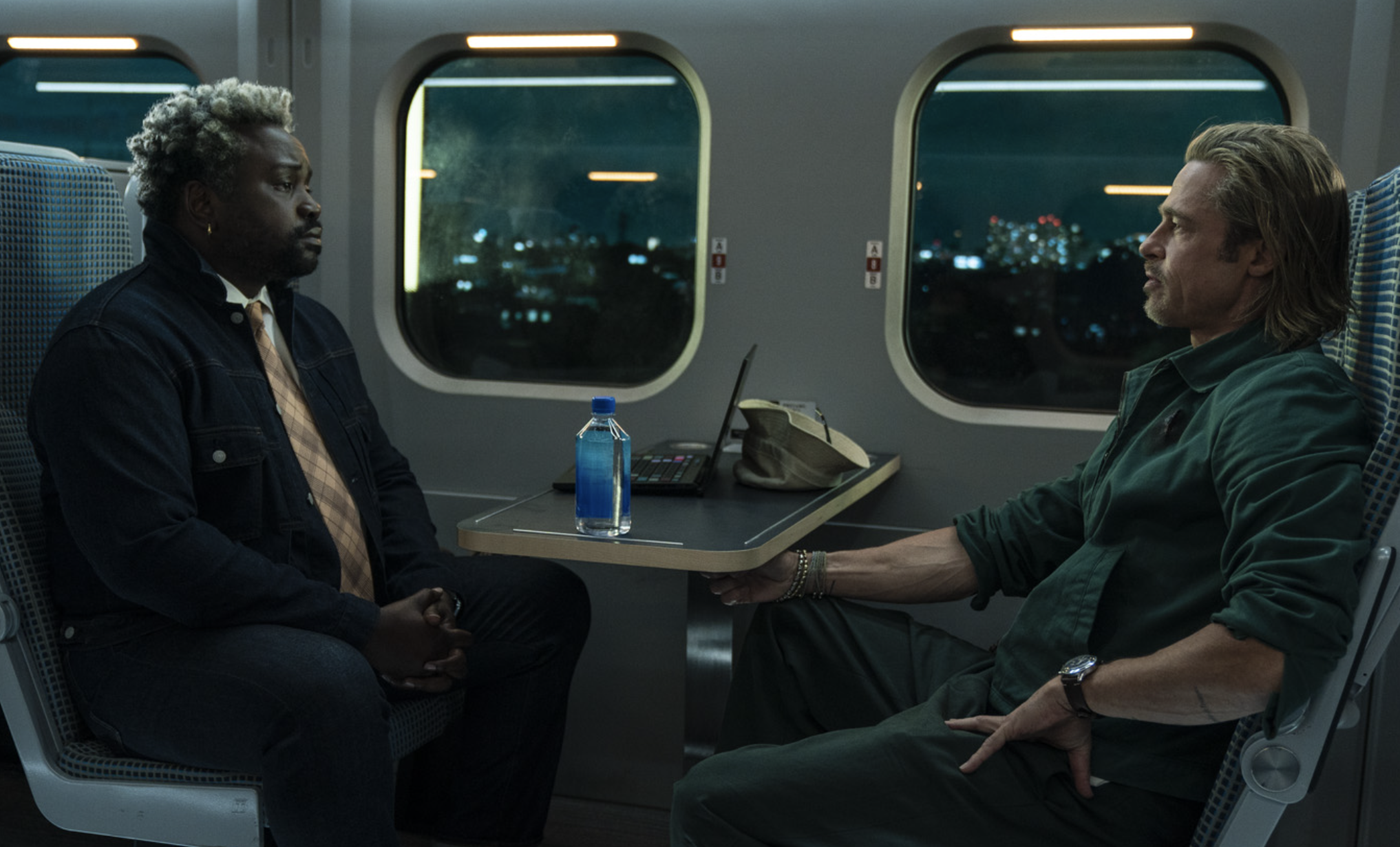 Bullet Train is an action comedy based on the Japanese novel Maria Beetle by Kōtarō Isaka and stars Brad Pitt with an ensemble cast featuring Joey King, Aaron Taylor-Johnson, Brian Tyree Henry, and more than a handful of other surprise cameos, bit parts, and surprise supporting roles. The film is directed by former stuntman (for Brad Pitt, no less) David Leitch, of John Wick fame, who has since helmed a number of other action blockbusters in the last decade. It follows Brad Pitt as an unlucky assassin who crosses paths with a cast of colorful, deadly characters onboard a bullet train in Japan.

Right off the bat, the film is candy-colored and hyper-stylized (both visually and narratively), and its flashback-oriented structure lets it mine different settings for a number of different visual pastiches that seem caught in a 2-hour battle to win the audience’s attention. While it’s refreshing and much appreciated to have a studio action film putting this much thought into how it looks, the rush and novelty of the film’s first act grows weary and undeniably exhausting by the end. This goes for (and is amplified) by the humor as well, which turns from hit-or-miss to almost grating over the course of the runtime. Tonally, the film is fairly homogenous with other action comedies nowadays, which is a strange phenomena in and of itself; the meta-humor Deadpool shtick didn’t roll around until the latter half of the 2010s, but nevertheless, finds a way to feel somewhat uninspired here, occasionally enjoyable banter aside.

However, as is clear throughout the blood-spattered Bullet Train, David Leitch knows how to use an R-rating and shoot stylish, visually inventive action. The many action sequences (one could argue that in the fashion of Mad Max: Fury Road, this is just one never-ending, flashback-punctuated action sequence) are all very fun, especially so with a crowd. The action is made all the better by the presence of a movie star as robust to the fatigues of an overstuffed blockbuster as Pitt. The physicality of his performance also adds a lot to the action, and his charisma sometimes carries the film on its back — especially in the third act, which turns into a bit of a slog. As for the rest of the cast, mileage varies; King’s character is one-note, but Taylor-Johnson and Henry’s generally entertaining back-and-forth gives way to the film’s most genuine relationship that lends it some much-needed pathos, if only an ounce.

And while Bullet Train is still based on a pre-existing IP, it inspires hope for the future of the blockbuster in a franchise-dominated landscape that something like this (that hasn’t been wrung to death a million times) can get financed.

Bullet Train is a polished, bombastic, and amusing (if never-laugh-out-loud funny) action comedy that could’ve done with being a great deal shorter and tighter.