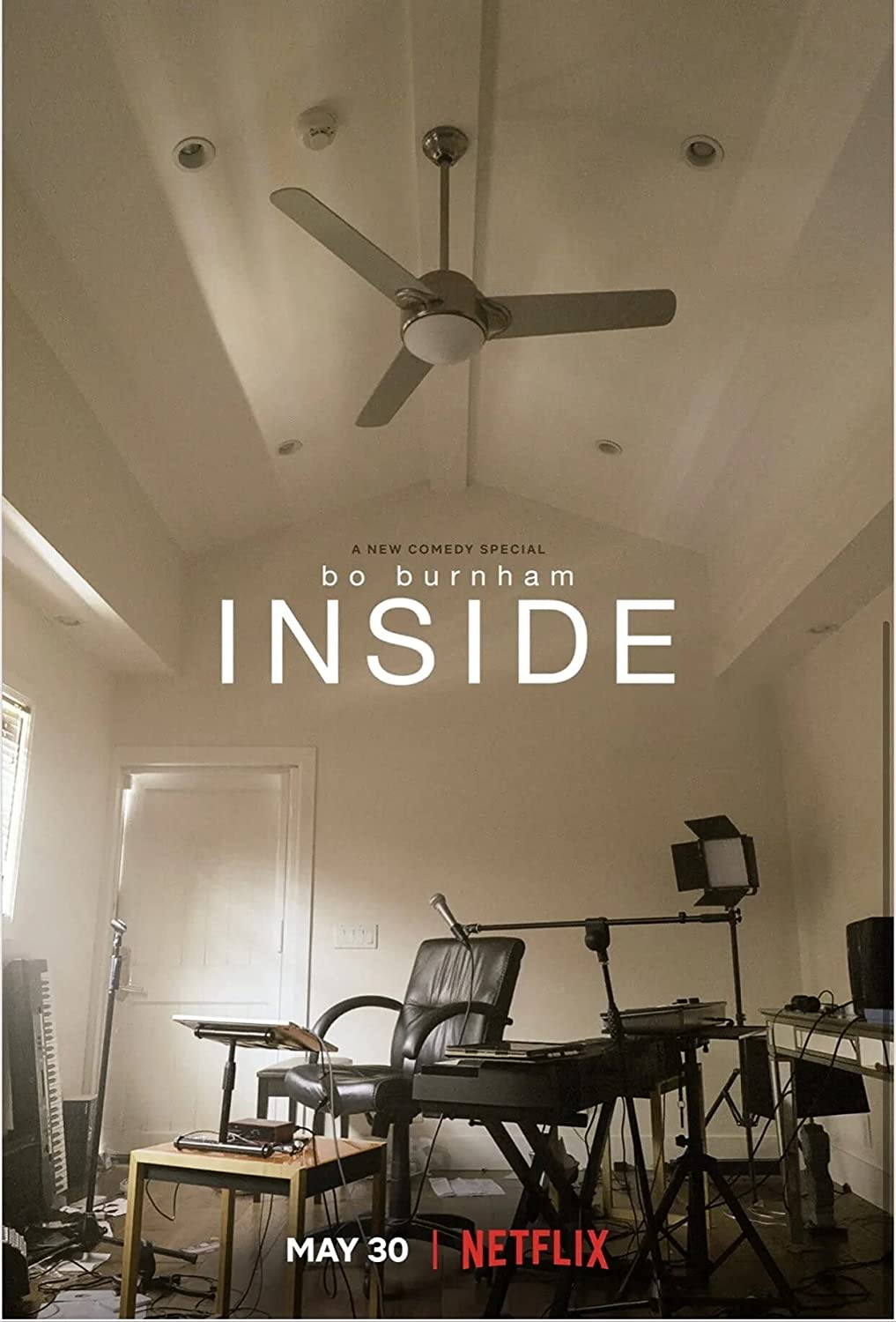 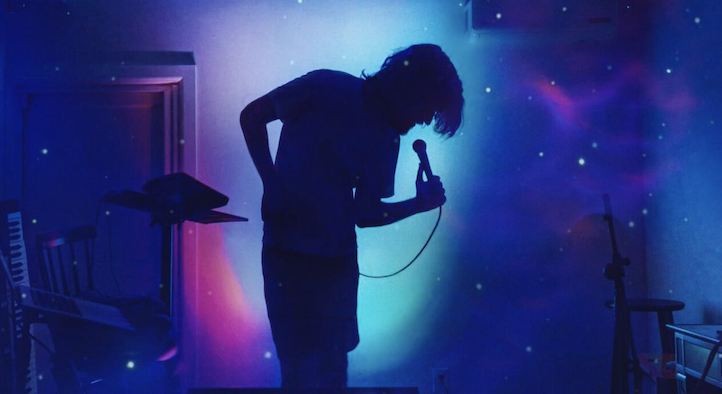 This review was selected as a finalist in the New York Times Seventh Annual Student Review Contest.

65 minutes into his newest comedy special, “Inside,” Bo Burnham settles down in a softly lit, messily cluttered room with an acoustic guitar to deliver a timely, satirical, and thoroughly melancholic ballad that wittily captures the moment’s zeitgeist. Shot entirely during the pandemic in the confines of his house, “Inside” returns to the homemade, scrappy format of comedy that sparked Burnham’s career, before his wordplay-based, culturally topical, YouTube-bound humor garnered actual fame, albeit with more bells and whistles courtesy of Netflix. But the premise remains the same: he’s alone in his room with his ennui and piano, telling jokes to no one in particular, wanting to create something for Internet consumption. Burnham even draws this comparison himself, asking in a contemplative final number if he’s back to where he started 14 years ago.

The answer? He’s figuring that out himself.

“Inside’s” unusual format lends itself to reflection: it seems to be about performing itself. Sprinkled in are a few callbacks to his YouTube days. There’s Burnham watching an old comedy song he uploaded as a teen and later delivering an apology for old material stylized as a sweaty pop music video. What better way to deconstruct the idea of performing for others than by performing for… no one?

While this medium perfectly fits Burnham’s comedy, it’s strange to see him so openly raw. In past performances, his vulnerability has been so purposeful it’s seemed telegraphed. He’s engaged the audience in direct conversation (“Make Happy”) and used a teenage girl’s social anxiety as an outlet for his own (“Eighth Grade”). Everything in “Inside” is just as intentional — it’s unclear how many of the harder-to-watch, confessional-seeming clips are a performance — but it often feels like a visual diary in which Burnham’s talking to himself as much as to us.

Though “Inside” is exceptionally stripped-down, his one-man filmmaking is technically brilliant, particularly his inspired use of lighting and perspective. He perpetually frames himself, both literally and figuratively, with clutter in view. Moments after a polished musical number, he’ll reveal the wires and equipment, his mood suddenly dejected.

Remarkably, the special also makes an effort to understand us. “Inside” reflects the gutting, empty pandemic feeling we all know without staleness or self-pity. Instead of tackling pandemic isolation head-on, Burnham’s insights unfold through a characteristic smattering of sophomoric jokes that prevent the special from taking itself too seriously.

Still, in his unpatronizing treatment of mental health issues, like his own performance-induced panic attacks, we feel Burnham identifying with us. By stripping away the audience, he invites us inside his head.

“Inside” is less concerned with making viewers laugh than allowing Burnham to reflect. But that process? It’s touching, beautiful, and hilarious at once.