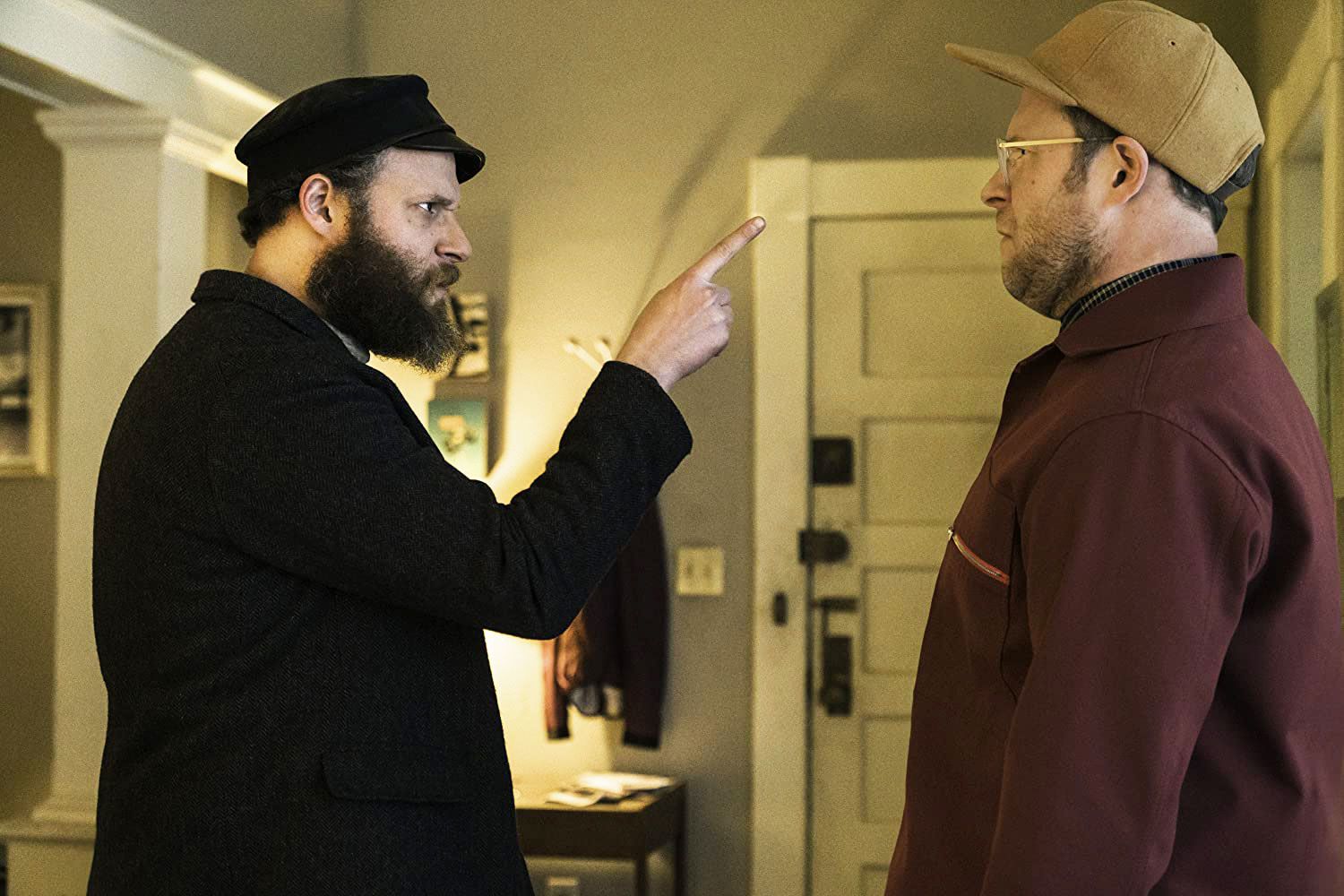 Adapted into a screenplay by Simon Rich from his own short story “Sell Out” and directed by Brandon Trost, An American Pickle tells the story of European immigrant Herschel Greenbaum (Seth Rogen), a worker at a pickle factory who falls into a vat of pickle brine and whose body is preserved until he wakes up 100 years later in present-day Brooklyn and meets his programmer great-grandson, Ben Greenbaum (also Seth Rogen). The film packs a distinctly satirical edge, using its fish-out-of-water story to lampoon many aspects of today’s society. I was initially worried the concept would wear itself out by the end, but I was pleasantly surprised to see the screenplay finds new ways to come at the joke of Herschel being out of place in the present-day. And while it did find different ways to approach that joke, part of me wishes the film did a bit more comedically than just  “he’s not from around here!”; this aspect of the film was perhaps better suited to the short story than a narrative feature film. The brief 90-minute runtime serves as both a service and a hindrance to the film, with it preventing the humor from getting tired, but also making the film feel like it comes and goes too quickly. The central narrative almost ends up feeling like one really extended montage with a prologue and epilogue tacked on, which, in a way, also makes sense given that this was adapted from a short story. However, that complaint is easily forgotten about by the sheer charisma of Rogen’s dual performance. In a rare occasion, Rogen plays it straight as Herschel’s modern counterpart, Ben, but gets to really go for it as Herschel, serving as one of Rogen’s funnier roles. As a huge fan of all of his films, I say it as a compliment that this feels nothing like them: director Brandon Trost, who used to be the director of photography for many of Seth Rogen and Evan Goldberg’s earlier endeavors, clearly has an eye for good-looking shots and brings a very distinct look to the film.

The unique styling and premise set An American Pickle apart from many generic modern comedies, but the sharp screenplay and Rogen’s performance stand out even more.